You have new quote information. View My Dashboard ×
Join Now!

Alaska Industrial Hardware has grown up with Alaska. James Thompson founded the company in 1959, the same year Alaska became the 49th State of the Union. From our humble beginnings in a Quonset hut on the corner of the Seward Highway and Fireweed Lane in Anchorage, we have grown into an Alaskan brand, recognized by generations of tradespeople and do-it-yourselfers. We began with a simple plan: buy surplus nuts and bolts, repackage, and sell them.  As Alaska has grown so has its needs, and AIH has risen to the challenge. We expanded on our original plan to offer nuts and bolts, and we haven't stopped!


In January 1964, we moved to a new building on Whitney Road in Anchorage and four months later the Good Friday Earthquake hit. Fortunately, our building’s sturdy metal shell remained intact, and we were there to help our customers, neighbors and friends rebuild.

A decade later in 1974, construction began on the Trans-Alaska Pipeline, a massive undertaking that precipitated a huge demand for hardware and building supplies, and we were there to help.

AIH continues to grow with Alaska. Today we have stores in Anchorage, Fairbanks, Kenai, Juneau, Wasilla and Eagle River. We offer a complete selection of hand and power tools, builder hardware, contractor and industrial supplies, and maintenance and safety products.

At AIH, we believe in empowering people so that together we can build a better community.  We do this by developing our people, investing more than $20 million dollars in on-hand inventory, and providing beautiful stores strategically located throughout Alaska to support the communities we serve.

On July 31, 2015, Bering Straits Native Corporation purchased AIH ensuring that the company would remain an Alaskan company and brand for generations to come. The employees and executive team are proud to be part of the Bering family of companies. Bering Straits Native Corporation was formed in 1972 under the Alaska Native Claims Settlement Act as the regional Alaska Native corporation for the Bering Strait region, which encompasses the majority of Alaska's Seward Peninsula and the coastal lands of eastern Norton Sound.  It's owned by nearly 8,000 Alaska Native shareholders. 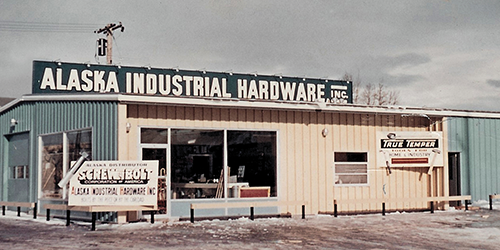 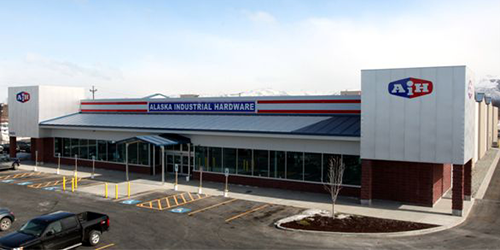